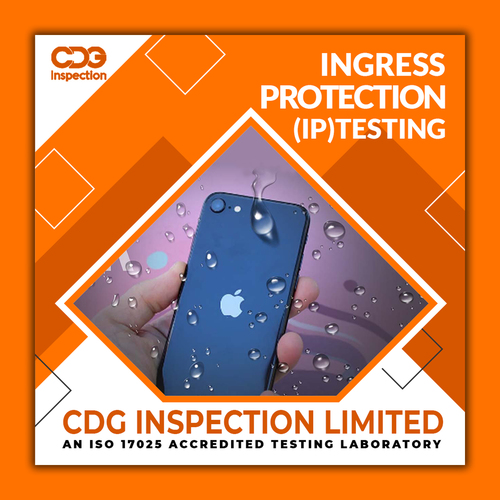 Ingress protection ratings or IP ratings, refer to the level of protection offered by an electrical enclosure, against solids and liquids.The IP Code, or Ingress Protection Code is defined in IEC standard 60529 which classifies and rates the degree of protection provided by mechanical casings and electrical enclosures against intrusion, dust, accidental contact, and water. It is published by the International Electrotechnical Commission.Not to be confused with the highly recognized Internet Protocol, the IEC IP standard measures ingress protection and has become increasingly popular as consumer electronic devices become more mobile with a focus on ruggedness. The IP designation (or code) is a two-digit number, as in IP67, IP68, and IP69K,The first digit of the IP Code indicates the device's protection level against solid objects.The second digit shows how well liquids are kept from the electronic components and circuitry within the enclosure.The degree to which the electrical equipment prevents the entry, i.e. ingress, of liquids and solids is known as its ingress protection rating. If a liquid and/or solid particle enters into electrical equipment it may not only be harmful to the equipment, it may also be dangerous to the operator. Therefore when buying electrical equipment whether it be a motor, a transmitter, a switch, or a warning beacon it is essential to know what degree of ingress protection the item offers.The applicable European standards for ingress protection are,BS EN 60529 1992 Specification of Degrees of Protection Provided by Enclosures, IEC ( International Electrotechnical Commission) 60529 Specification of Degrees of Protection Provided by Enclosures.In the USA, the National Electrical Manufacturers Association (NEMA) defines enclosure types in NEMA standard number 250. NEMA is a US trade association representing the interests of electro industry manufacturers of products used in the generation, transmission and distribution, control, and end-use of electricity.The International Standards Organisation publish ISO 20653. This standard applies to degrees of protection (IP code) provided by enclosures of the electrical equipment of road vehicles so is not discussed further on this page.Originally the IP Code rating system did not cover enclosures that are subjected to high temperature and high pressure wash down cleaning routines such as those commonly found in the food processing industry. As concerns over food safety increased and cleaning and sanitation procedures became more aggressive, this shortcoming in the IP rating system was identified.CIL is a leading IP testing laboratory.